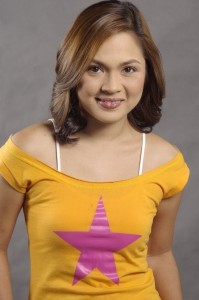 Judy Ann Santos admitted there was a time when she fell in love with Wowie De Guzman, who was the first actor paired with her when she was still doing “Mara Clara” in the 1990s.

Santos explained that it was inevitable for her to develop feelings for De Guzman because they were together almost every day.

Unlike how love teams are being built today, Santos said she and De Guzman didn’t have to undergo auditions or workshops to see if they have an onscreen chemistry.

Little did Santos know that her tandem with De Guzman at that time would mark a new milestone in her career.

Over two decades since she first had a love team, Santos has had numerous onscreen partners including the late Rico Yan, Piolo Pascual and Ryan Agoncillo, who is now her husband. (MNS)

DONNY PANGILINAN, BELLE MARIANO’S ‘HE’S INTO HER’ TO BE RELEASED IN MAY