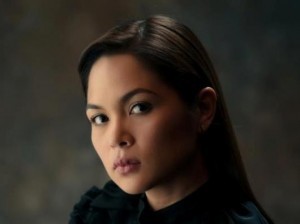 The two shared the good news through their respective Instagram accounts on Wednesday morning when Agoncillo shared a picture of Santos’ ultrasound image.

In the caption, Agoncillo just used the hashtag “kuyanasilucho.”

Lucho is their youngest son, who was born in 2010.

Prior to that, both stars also posted a picture which read: “Positive.”

In their previous interviews, Agoncillo and Santos have been open in saying that they are eager to have a new addition to their family.

Santos said she wants to have another baby while she is still young so they could still watch the kids grow.

Aside from Lucho, Santos and Agoncillo also have a daughter Yohan. (MNS)

Heaven Peralejo set to do a project with Ian Veneracion, Mon Confiado

JUDY ANN SANTOS ONCE DREAMED OF PLAYING A MERMAID