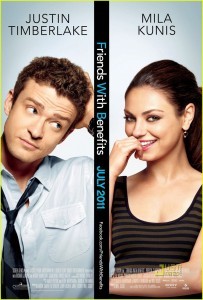 And singer-turned-actor Timberlake and â€œBlack Swanâ€ star Kunis are having fun with the invitations by a male and female Marine, which went viral on the video-sharing site last week.

â€œMarines have a lot of balls,â€ Kunis told the Today show on MSNBC on Monday, confirming that both of them had accepted their invitations to separate balls in November.

The story started when a Marine Sgt. Scott Moore, stationed in Musa Qala, southern Afghanistan, posted a video on YouTube inviting Kunis to the Marine Corps Ball on November 18 in Greenville, North Carolina.

Kunis, who co-starred with Natalie Portman in last yearâ€™s sexually-charged hit movie â€œBlack Swan,â€ was asked about the invite during a press interview and spontaneously said she would go.

That prompted female marine Corporal Kelsey De Santis to issue an invitation to Timberlake â€“ co-starring with Kunis in a new movie â€œFriends With Benefitsâ€ â€“ to a Marine Corps Ball on November 12 in Washington DC.

â€œSo Justin you wanna call out my girl Mila, well Iâ€™m gonna call you out and ask you to go to the Marine Corps Ball with me,â€ said De Santis, who is stationed in Virginia and is a martial arts expert.

Timberlake confirmed he will attend, quipping: â€œI donâ€™t get asked out, ever. So, I was very flattered by that. And I hear that sheâ€™s trained in martial arts, so Iâ€™m hoping we can tussle at some point.

â€œThat last bit was a joke,â€ he added.

And it doesnâ€™t stop there: on Friday veteran U.S. comedy actress Betty White, 90, was invited to a marine ball by Sgt. Ray Lewis, who has served in Afghanistan and Iraq.

â€œSheâ€™s funny, sheâ€™s sweet, sheâ€™s mature, sheâ€™s the all around perfect woman,â€ Lewis says in the YouTube video invitation. There was no word yet on whether White will accept the offer.