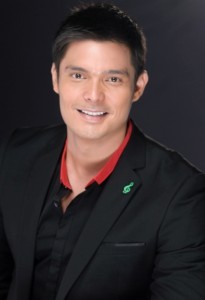 MANILA (Mabuhay) — Singer-host Karylle clarified reports that she and former boyfriend Dingdong Dantes snubbed each other a recent press event.

While they are not necessarily close anymore, Karylle said she and the “One More Try” star are civil.

“Actually I had a feeling he (Dantes) would be there, and I saw him inside,” Karylle said, referring to a recent press event. “Sumilip siya because I think he was waiting in one of the rooms, so when I saw him nag-hi lang kami from afar, so ‘yun.”

Karylle admitted that they haven’t had chance to talk at length, citing the public nature of their occasional meetings.

The 31-year-old singer maintained that her relationship with Dantes has long been a closed chapter in her life.

After three years of being a couple, Dantes and Karylle broke up in September 2008, amid rumors linking the actor to his new leading lady at the time, actress Marian Rivera.

The “It’s Showtime” host is now reported to be in a relationship with singer Yael Yuzon, while Dantes and Rivera have been officially a couple for years now.

At the sidelines of the press party leading up to the live broadcast of the 85th Academy Awards by local cable channel Velvet on February 25, the Kapamilya star was also asked whether she is willing to have a project with Dantes.

No jealousy between Dennis, Jennylyn