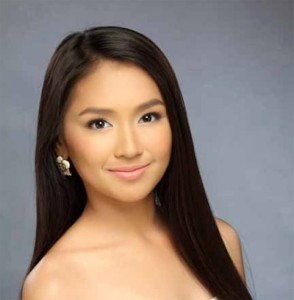 Dubbed local showbiz’s “Teen Queen” for her consecutive successes on TV and the big screen, Kathryn Bernardo is looking to expand her career with the upcoming release of her debut album.

According to Bernardo, she finished recording the album with six songs and a number of bonus tracks. She is set to shoot the album cover this week.

Bernardo has already recorded a song before: “Ikaw Na Nga Yata,” which is featured in the local airing of the Korean series “Pretty Man.” It is unclear, however, if it will be one of the tracks in her debut record.

Bernardo was last seen in the box-office hit “She’s Dating the Gangster,” opposite consistent “love team” partner Daniel Padilla. On television, the two last co-starred in the primetime series “Got to Believe,” which concluded in March.

Following the success of their latest film, Bernardo said she and Padilla will be doing separate projects. She revealed that she will top-bill a “Wansapanataym” miniseries, which will run for a month, but said the rest of the cast members cannot be announced at this time. (MNS)

Kris Aquino not keen on looking for new love