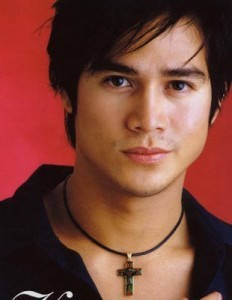 MANILA, July 2011 (Mabuhay) â€“ MEGA daughter KC Concepcion does not want to discuss her relationship with Piolo Pascual and his son, IÃ±igo, in public.

During the press launch of her newest endorsement, KC came in with the actor, who was present to support her with her latest project.

According to KC, Piolo has been very supportive and says sheâ€™s thankful of him. She added Piolo can expect the same from her.

But when she was asked of details on her almost one-year relationship with the actor, KC asked the entertainment press not to make a big fuzz out of it because they are keeping it very private.

The television host also decided not to talk about rumors of her meeting with Pioloâ€™s son, IÃ±igo, while she was in London for the Barrio Fiesta Festival with other Kapamilya stars.

â€œAyoko na pong sagutin yan kasi I want to keep his private life, private kasi, wala naman po siya sa showbiz, eh (I donâ€™t want to answer that because I want to respect his private life and heâ€™s not from showbiz).â€

KC added they were able to share a good amount of information about their relationship on public and they wanted to keep few important things to themselves.

When Piolo was asked to confirm details of the said supposed meeting of his girlfriend and son in London, the actor said IÃ±igo hasnâ€™t been to London.

Piolo also does not want to give details on reports that KC and IÃ±igo are talking more now and spending more time together.