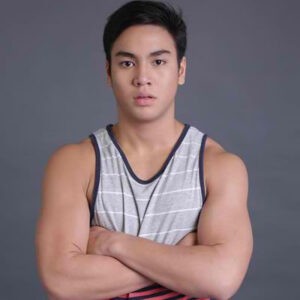 This after he shared to his fellow housemates while he was still inside the “PBB” house that he and Barretto entered into a relationship, which lasted only two months, when they were high school freshmen.

Gutierrez admitted that they indeed dated but were never officially together.

“Well, as I said, I’ve been 100% honest inside the house so if I’ve mentioned that I did date her,” he said. “Ask my friends, it’s really true. We weren’t officially boyfriend-girlfriend but we just dated.”

Gutierrez added: “We liked each other. That’s basically it so nothing more than that.”

According to Gutierrez, he and Barretto have yet to speak to each other since he got out of the famous yellow house.

“Bago ako pumasok ng ‘PBB,’ we were still able to go out once with my barkada but then, ever since I went out of the house, hindi pa,” he said.

Although they had a thing in the past, Gutierrez said he and Barretto remain friends and he is open to working with the Kapamilya actress. (MNS)