Keeping up with Khloe Kardashian will soon be easier: A source says the star, 26, and her bubby, L.A. Laker Lamar Odom, 31, are set to start work on their long-rumored “Newlyweds”-type reality show.

“It shoots in the spring,” says an insider. Another source says the series will have the vibe of Bravo’s “Bettheny Getting Married”: “They’re so cute, playing off one another.” 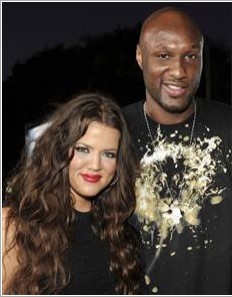 However, viewers will be seeing less of a different member of the Kardashian clan. Though Scott Disick has told pals he and Kourtney Kardashian, 31, won’t let son Mason appear on “Kourtney & Kim Take New York” (debuting on E! January 23) because he wants him to have a “normal” life, a source reveals the real reason: Disick, 27, demanded $5,000 an episode for the 12-month-old!

After giving birth, Angeline Quinto gears up for US, Canada concert tour

Maja on past romance: Nadurog ako