Bullying is all too common, with studies showing as many as 160,000 students skip school every weekday to avoid the torment, the National Education Association has found.

Now there’s research suggesting that aggression increases with peer status, meaning popular kids are the ones who are tormenting others. But here’s the twist: Those who are most popular, at the top of the social hierarchy, are the least aggressive. 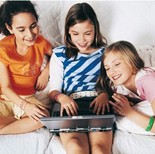 “They have much more to gain by being nice when theyâ€™re up at that level than by being cruel,” theorized lead author Robert Faris, assistant professor of sociology at the University of California, Davis. Alternatively, it could be that the most popular kids are “simply different and incredibly nice people.”

The study, appearing in the journal American Sociological Review, also found that kids who are the least popular are also among the least likely to torment others.

Researchers used data from nearly 4,000 ninth- and 10th-graders who participated in The Context of Adolescent Substance Use study, which is a long-term project that surveyed students in three counties in North Carolina in public schools. This new study on popularity and aggression followed the kids for the 2004 to 2005 school year. A limitation is that the authors did not interview the participants to get further context about the students’ thoughts and feelings.

The research looked at physical, verbal and indirect aggression, which includes spreading rumors or ostracizing others. Study authors asked participants to name everyone they had been mean to, and everyone who had picked on them. They also had to state the nature of the unkindness, whether it be physical violence or name-calling or gossiping.

It appears that it didn’t matter what kind of aggression was involved – the popular (but not most popular) kids are more likely to be perpetrators, and it gets worse as you climb the social ladder (until you hit the highest rung).

“We can conclude that rates of aggression generally increase as kids gain status,” Faris said.

At the core of bullying is a relationship issue, said Michele Borba, author of “The Big Book of Parenting Solutions,” who was not involved in the study. Kids are craving to fit in and be included, but don’t know how. Those at the second tier of popularity don’t have a platform of security, and use bullying as a way of gaining influence.

Researchers do not know whether young people see their aggression as a means to an end, but this is one theory the results support.

Given that the kids who are picking on one another are getting influence from others, an appropriate intervention would be to focus on the kids who aren’t involved in aggressive behavior, Faris said

“If you target the bystanders that might have stronger effects on school climate than focusing on particular bullies and victims,” he said.

It’s crucial to create a school culture where bullying is not acceptable, Borba agreed.

Promoting that attitude to the bystanders will help undermine the power of the kid trying to be the bully, she said.

Palace: Proposed abolition of 19 GOCCs needs to be studied first