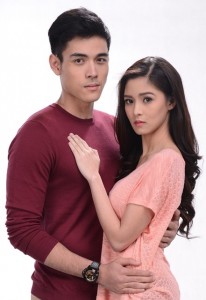 Fans of Kim Chiu and Xian Lim will have something to look forward to in the coming year, as ABS-CBN recently confirmed reports that the rumored couple will star in an unnamed 2015 television project.

In an official statement, the Kapamilya network also confirmed Lim’s departure from the television series “Bridges of Love.”

“Due to public clamor, ABS-CBN, through the Star Creatives business unit, is bringing back the love team of Kim Chiu and Xian Lim in a primetime teleserye to be launched this year,” the statement read.

“Because of this development, Xian will not pursue the teleserye ‘Bridges of Love’ with Maja Salvador and Jericho Rosales. The role of Carlos Antonio in the said series will now be played by Paulo Avelino,” it added.

The role of Carlos Antonio was earlier set to be played by actor John Lloyd Cruz, who has since backed out from the television series.

Chiu recently teased fans about the upcoming project. She said that it will be based on a Wattpad story, and that its taping will start this month.

No director has been announced, as of writing. (MNS)

Cherie Gil passes away at 59