This initiative of the Apl.de.ap Foundation International diagnoses, treats and prevents lifelong blindness among pre-term infants suffering from retinopathy of prematurity 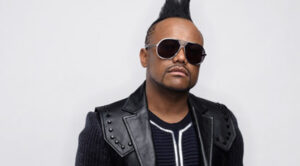 Apl.de.ap suffers from an eye ailment and he is considered legally blind. The Campaign for Filipino Children is the Foundation’s first health initiative and it is in line with the Foundation’s education priority because of its emphasis on training doctors and creating local capacity in the medical community in the Philippines to address the eye ailment called retinopathy of prematurity.

(Los Angeles, Calif.)  They were a small band of laymen bound by a holy brotherhood in arms to protect and defend Christians making the pilgrimage to the Holy City of Jerusalem. Their courage was eventually recognized and they were given for their headquarters, a building on Temple Mount, the site of the former Temple of King Solomon. They became known as the Knights of the Temple or Knights Templar.

It is this shared commitment to preserve people’s ability and power to see the world around them that brought together the Order of Knights Templar, The Knights Templar Eye Foundation, Children’s Hospital Los Angeles and Apl.de.ap Foundation International.

“The Campaign for Filipino Children represents an emotional journey home for Apl,” says Ted I. Benito, Executive Director of the Apl.de.ap Foundation International. “It fulfills a promise he made to one day return to the Philippines and address the issue of childhood blindness as his way of giving back to those who were in the same situation as he was as a child.”

The Campaign’s approach is to train the medical community in the Philippines to adequately diagnose retinopathy of prematurity (commonly referred to as ROP), an affliction among pre-term infants that can cause lifelong blindness if not addressed within 48 hours of diagnosis. In a country with a very high birth rate the issue can be alarming. Spearheading the program is Dr. Thomas C. Lee, eye surgeon and Director of the prestigious Vision Center of Children’s Hospital Los Angeles. Dr. Lee had embarked on a similar program in Armenia in the last years under the auspices of USAID.

“This gift from the Knights Templar Eye Foundation makes a huge dent in the Campaign for Filipino Children’s two-year goal of approximately $650,000,” said Sonia T. Delen, Chairperson of the Campaign and Senior Vice President of a leading global financial institution  in San Francisco. “The Knights Templar Eye Foundation joins WesternUnion.com as lead supporters of this Campaign,” she added.

In late 2014, the Campaign’s partnership with the Philippine Academy of Ophthalmology was announced at its annual fall conference in Manila. In attendance were Apl.de.ap, Dr. Thomas Lee and Sonia T. Delen.

Easter Service of the Order of the Knights Templar, Alexandria, VA

For more information on the Campaign for Filipino Children and ways to support the program please visit www.ForFilipinoChildren.com or contact J. Robbie Fabian, Consultant to the Campaign at rf@acuglobal.com.

The first priority of the Apl.de.ap Foundation International is education. The Foundation built a music studio and computer lab in the two schools that Apl attended in his hometown of Sapang Bata in the province of Pampanga, Philippines: Sapang Bato National High School and Holy Angel University. These facilities provide opportunities for disadvantaged Filipino children to unleash their musical and technology talents. The initiative also includes the development of teacher training modules, a mentoring program and educational scholarships. The Foundation currently sponsors 14 scholars at the Angeles University. The Foundation also participates in the Department of Education initiative to build new schools especially in far flung and hard-to-reach areas of the country. To date, it has built 15 new schools including one in the war-torn area of Zamboanga in Mindanao.  Please visit www.apldeapfoundation.org for more information.