Koko Pimentel moves out from the shadow of his father

By DAVID CASUCO
In my generation, I learned to admire only three politicians in the Philippines. They are Oscar Orbos, Rodolfo Biazon, and Nene Pimentel. Whenever Biazon, Orbos, or Pimentel is in Los Angeles, I really make it a point to listen to what they say about statecraft and the state of the homeland. These guys I consider â€œa few good menâ€ who served the Philippine government. These three men have something more than integrity. They are essentially patriots. They teach and inspire people with their ideals and wisdom, and they are not afraid to go against the powerful flow of the dysfunctional bureaucracy even if the price they had to pay spells great setbacks to their political careers.

Another generation of leaders
Koko Pimentel III, the son of Nene, came to the scene in the manner most patriots do. He got pushed out by the election cheats, appealed, won, and eventually declared winner in the end. He was in town last week, on the last leg of his working visit, and wanted to have a feel of the pulse of the Fil-Am community of Los Angeles.
The solon from Cagayan de Oro is interested in things that are related to what he does in the Senate as Chairman of the Committee on Electoral Reform, and the Games and Amusement Board.
The free-wheeling chat with the local media lasted for over an hour at the Maxâ€™s of Glendale. Los Angeles-based lawyer Abraham Lim, a friend of Koko at the Ateneo College of Law, acted as moderator.
Said Koko: â€œAs the chairman of the Committee on Electoral Reform, I am concerned about the peopleâ€™s participation, election systems, including our overseas voting system. I make it a point to consult the (Filipino) community whenever I am in foreign country;
â€œThere is much work to do on the overseas voting system. Right now, we have 7.5 to 9 million voters outside the Philippines who are qualified the register. Of this number, just over half a million do register. This is not good. This is a very low. Even more disappointing is that from that half a million registered voters only 250,000 cast their votes. If you do the math, and if you look at the budget for nine millionâ€¦ it is not really a money well spent. That is the feedback when I went to Singapore. Yes, I think we have to review the system.â€
Legalize and regulate gambling?
â€œIf we cannot prevent gambling, do you think it is better for the Philippine government to legalize and regulate it?â€ He aired the poser before the Fil-Am journalists. As GABâ€™s key man in the Senate, Koko was trying to get a feedback that may be useful to his job.
He was wondering aloud that it would be very profitable if the Philippines can stage one of Manny Pacquiaoâ€™s greatest fights in Manila. â€œPacquiao is a big draw. This is big money.â€Â  But he noted that in the Philippines the PagCor regulates the games and the government is pushed aside as an indifferent observer. Unlike the Nevada and the Singapore models where the state acts as the regulator, in the Philippines, the regulator is the operator. â€œHow can the government entity compete with a private sector that can make decisions in a few seconds?â€ he asked.
Koko also answered knotty questions about Mindanao rebels, Spratlys, extra-judicial killings, Ampatuans, and the Sabah issue. 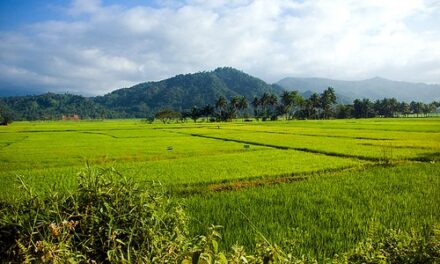 Where to stay during the Super Bowl