MANILA, Feb 8 (Mabuhay) – Actress-host Kris Aquino is not dating anyone as of the moment.

Aquino made the statement amid reports that she is now dating actor Diether Ocampo, her leading man in 2010 Metro Manila Film Festival entry “Dalaw.” 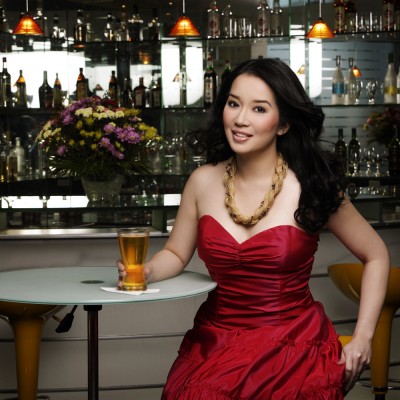 The President’s youngest sister said she is enjoying her life as a free woman.

Aquino is now working on the annulment of her 5-year marriage to star cager James Yap. She and the father of her youngest son, Baby James, are good friends though.

She said she just recorded an album that features songs about her life and a poem dedicated to her estranged husband.

The actress-television host also called him up after she met an accident in Cebu where she and the staff of reality show “Pilipinas Got Talent (PGT)” held an audition recently.

But even after the accident, Aquino still did her job as one of the judges of PGT Season 2.

Aside from PGT, Aquino will also host the longest-running game show in the world, “The Price is Right.”

For the first time in the history of the game show, it will be hosted by a female personality.

“Masaya kasi I played all the games, I have to play it in order to understand,” she said. (MNS)

Toni Gonzaga to mark 20th anniversary in showbiz with concert