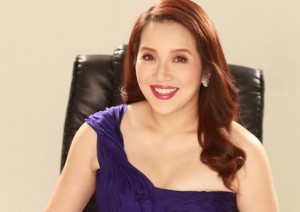 QUEEN of All Media Kris Aquino confirmed she will soon work on the sequel of her 2004 hit horror movie “Feng Shui.”

The television host said that the upcoming movie, under the helm of ace director Chito Roño, will be included in the 2014 Metro Manila Film Festival (MMFF) this December.

She also confirmed that Kapamilya Primetime King Coco Martin will be part of the project.

If in the 2013 MMFF, Kris and son James Jr. (Bimby) were pitted against best friend Vice Ganda, in this year’s festival, the child star and the comedian will be featured in one flick.

Bimby will join Vice in the sequel of one of the highest grossing Filipino films of all time, “Praybeyt Benjamin.”

Bimby’s only request is to be included in some of the fight scenes of the movie.

Kris also thanked everyone for the support for “My Little Bossings” after Bimby’s latest win with Ryzza Mae Dizon at the recently concluded Guillermo Awards.