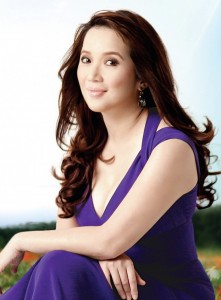 Host-actress Kris Aquino confirmed that she has turned down a movie project with former Kapamilya star Derek Ramsay.

In an Instagram post, Aquino said she would have loved doing the indie movie titled “Maratabat (Dangal at Katarungan)” written by Arlyn dela Cruz but her busy schedule would not permit it.

She also noted how the project “required me to shave my head.”

“I was offered a beautiful, moving & powerful material for an indie film slated to join the Barcelona Film Festival. Last year I was offered an excellent role but it required me to shave my head. Over the weekend @ramsayderek11 called me because he had spoken w/ Ms Arlyn & he loved her pitch & wanted to connect us because the project felt like a worthwhile challenge. Boy & I met w/ her last night & her script was superb. Unfortunately the movie’s production timing is immediate & there’s no way to juggle my schedule to make shooting possible,” Aquino wrote as the photo’s accompanying caption.

Aquino, whose last movie was the Metro Manila Film Festival 2013 hit “My Little Bossings” with her son Bimby, said she is honored to be considered to do the project.

The “Kris TV” host hopes that she will get another chance to share the big screen with Ramsay someday.

“I am extremely grateful to have been considered & it would have been memorable to share the screen w/ Derek… Hopefully another opportunity will come. Best of luck to Maratabat!” she wrote.

Aside from “Kris TV,” Aquino co-hosts the talk show “Aquino and Abunda Tonight” with Boy Abunda.(MNS)

Anne Curtis wants to be a preschool teacher

Richard wants to have another baby with Lucy