Kris now saying no to love?

MANILA, Apr 6 (Mabuhay) – Queen of All Media Kris Aquino is now singing a different tune when it comes to love.

Aquino, who said that she wouldn’t get tired of loving, said on Tuesday that she doesn’t want to fall in love again. 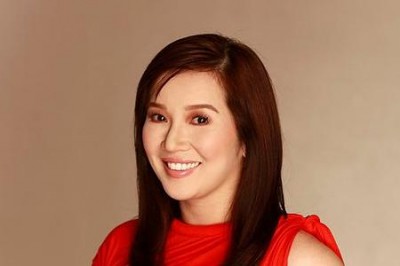 “I don’t wanna fall in love na as of today April 5, ayoko na talaga,” Aquino said during a press conference for her 5th album titled “My Heartâ€™s Journey” under Universal Records.

The actress-host admitted that she reached that decision after taking the stand almost 3 weeks ago during a court hearing of her annulment case.

When asked if her decision had something to do with recalling her painful past, she replied: “Hindi. Hindi pain. Kasi I always say walang regret kasi nabigyan ako ng James Aquino Yap Jr., that’s Bimby.”

She quickly added that she doesnâ€™t want to discuss her husband, cager James Yap.

She said she and Yap communicate through text and only if it concerns their son. (MNS)