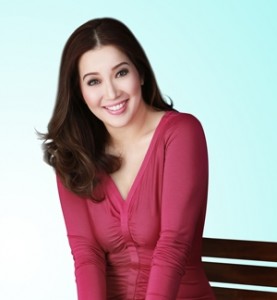 Actress-host Kris Aquino confirmed on Sunday that she will not run for any government position in the 2016 elections.

Speaking on “The Buzz”, Aquino answered guest Nora Aunor’s question about her plans to run for public office.

“Hindi po,” she told the veteran actress, adding that she was surprised when she learned that people have been talking about the topic.

“You all know what my priority is, mga anak ko,” Aquino said, noting that her son’s nanny is also getting married later this year and will soon leave them.

“Kasi ‘yung yaya ni Bimb ikakasal sa September. The yaya was there from the start, siyempre wala kami ni James…so I really promised him na for the entire adjustment period, I’m gonna be there,” Aquino explained.

Instead of entering politics, the youngest sister of President Benigno Aquino III vowed to instead create more jobs for Filipinos, which she believes is her “calling.”

She also added that she needs to be available next year to take care of her brother once his term as president ends. (MNS)