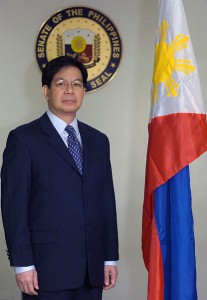 Lacson was the first senatorial aspirant to enter the filing area at the Comission on Elections (Comelec) main office in Intramus, Manila, at around 8 a.m.

Lacson did not face reporters at the designated media area after the filing.

In his speech following the filing, Colmenares said he was running to become the people’s “fighter” in the Senate.

He hopes to address issues such as rising prices and a need to increase workers’ pay and pension.

The others who have filed their COCs for senator were Ricky Bacolod, Angel Ridoble, Victoriano Inte and Daniel Magtira.

Aspirants for national elective posts — president, vice president, and senator — as well as for partylist will file at the Comelec main office. (MNS)

Sitting no worse for health than standing: UK study