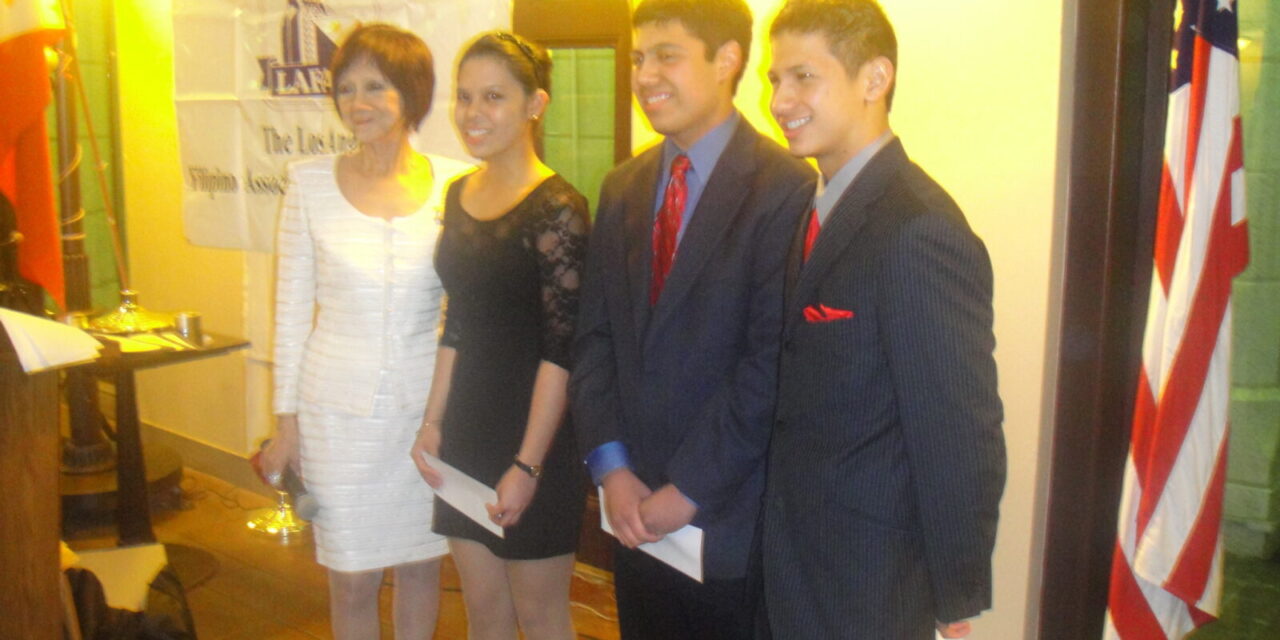 Hence, yearly, LAFACE recognizes Filipinos in upper management and gives special outstanding awards to its members.Â  In addition, scholarships are awarded to deserving LAFACE members’ High School children whose applications are selected for their outstanding academic achievements and community services. 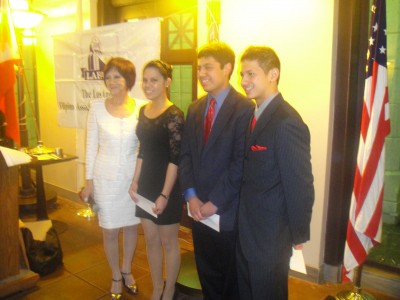 Certificates of Recognitions were awarded to the following:

She is currently enrolled as a freshman in the College of Biological Sciences at the University of California Irvine, where she joined a Community Leadership Program, which is providing Katrina gain a multitude of leadership experience.Â  For all her volunteer efforts in the community for the past ten years, Katrina received Certificates of Recognitiion as Outstanding Volunteer from Assemblymember Bonnie Lowenthal of 54th District and Councilmember Janice Hahn of District 15 of the City of LA.

The highlight of the event was the presentation of the Scholarship Awards to the following:

He has received academic achievements by the National Society of High School Scholars, California Scholarship Federation, and is an AP Scholar.

He is Loyola’s Executive Student’s Council, Debate Team and Varsity Swim Team.Â Â  Andrew is working hard to qualify to represent the Philippines at 2012 Olympic Swim Team.Â  He will continue onto law school as he hopes to make an impact in our community and in people’s lives.

Marc is a Senior at St. Francis High School with a GPA of 4.05.Â  He is a staff member of the student yearbook, member of the National Honor Society, and the Academic Decathlon Team.

In his free time, he is a freelance writer forÂ  his school’s newspaper, focusing in editorials and current events.Â  He serves the community by volunteering at the Shriner’s Children’s Hospital in LA, where he assists in the Child Life Department and he provides levity to the children.Â  Marcâ€™s goal is to be a lawyer andÂ  intends to use his college education in providing a voice to the community he serves.

Holly is a Senior at St. Lucy’s High School in Glendora with a GPA of 4.03.SheÂ  is a Secretary of the Drama Board and Historian for the National Honor Society Board,Â  a member of St. Lucy’s journalism staff, and serves as Senior Video Editor.Â Â  She produces St. Lucy’s telecast of “What Else is There.” St. Lucy’s monthly broadcast of events. She serves the community by doing volunteer work at Kiwins Organizaton on various charity projects and Keiro Senior’s Health Care.Â  She is an accomplished Pianist and spends many hours practicing and competing. Her goal is to be a Film & Media Producer, and to make a difference in providing a voice to the community she serves.

After the Awards Ceremony, there were special presentations of singing and dancing.Â  Dancing and raffles followed.

DA in talks with sugar millers amid importation probe

1ST ROUND OF STATE VISITS