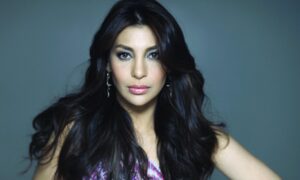 Acclaimed singer Lani Misalucha insists that she is ready to retire anytime and that, if it were all up to her, she would rather just cross-stitch.

But veteran concert performer was quick to add that if there are people who still want to listen to her music, she will continue to entertain audiences.

“Kung pwede ngang mag-stop na, bakit hindi?” Misalucha told reporters at a press conference for her upcoming two-night concert on December 4 and 5 at The Theatre at Solaire with special guest Arnel Pineda.

She said one of the reasons she decided to move to the United States was to start anew.

But she quickly realized that being an entertainment is not that easy to give up.

Thus Misalucha was able to establish a name for herself as a sought-after Las Vegas lounge singer.

But despite her success, she reiterated that she’s ready to turn away from limelight.

After her pre-Christmas show, Misalucha will return to the United States to be with her children and grandchild.(MNS)

Rachelle Ann says she has no time for love