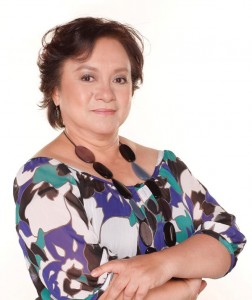 FIVE years after the death of husband Johnny Delgado, actress-director Laurice Guillen discloses that she is longing for male companionship.

“I just want somebody na matatawagan ko if I need to have someone to talk to. Or have a companion kung may pupuntahan ako.

That’s why she appreciates it when she’s busy. Like now, as she has a new directorial project for GMA 7, “Second Chances.”

“Second Chances” is a story about heartaches and the healing power of love. Starring in it are Jennylyn Mercado, Camille Prats, Rafael Rosell and Raymart Santiago. Also part of the cast are Roi Vinzon, Mariam Quiambao, Gerard Pizarras, Luis Alandy, Jackie Rice and Ricky Davao.

“I know most of them, that’s why it’s a breeze working with them. Kaya, we have time to talk. Na, of course, I welcome,” she revealed, smiling.

Pia Wurtzbach opens up about love for art as a child