MANILA (Mabuhay) — The deferment of the public bidding for the maintenance contract of the Metro Rail Transit 3 (MRT) is “highly suspicious,” Kabataan party-list Rep. Terry Ridon said on Tuesday, noting “… the train line has a long history of anomalous dealings, which even the Ombudsman is now investigating.”

“We like to ask if this adjustment in the bidding schedule is being done to accommodate a favored bidder,” he added.

Sought for comment, Department of Transportation and Communications (DOTC) spokesman Michael Arthur Sagcal said: “There is no basis for such suspicions.”

“The extension applies to all bidders – not any particular entity – and allows all groups more time to finalize their proposals,” Sagcal said.

According to a bid bulletin the DOTC bids and awards committee issued on Oct. 10, the deadline for the submission and opening of bids was moved to Oct. 28 at 2:00 pm from the original Oct. 17.

Sagcal said the bidding was deferred as “bidders requested for more time to finalize their bids, which indicated a good level of competition.”

The maintenance contract of Autre Porte Technique Global, Inc. (APT Global), which won the contract last year, expired on Sept. 3. DOTC though gave the company a new contract that is renewable each month. (MNS) 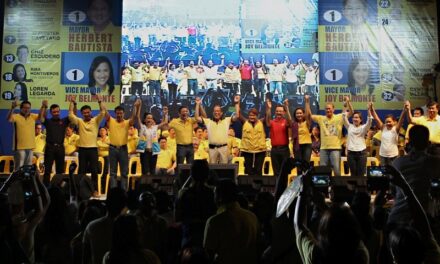 Cayetano: I want to be president