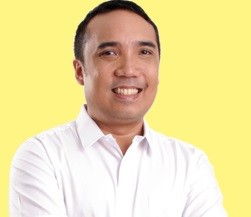 MANILA (Mabuhay) -– Akbayan party-list Rep. Barry Gutierrez said he will file a bill seeking to recognize same-sex marriages in the Philippines in the 17th Congress.

Gutierrez made this announcement a day after Speaker Sonny Belmonte said Congress is not inclined to pass such a law anytime soon.

Gutierrez anticipates the bill to become as controversial as the Reproductive Health Law.

Gutierrez said only a thorough discussion will determine whether the predominantly Catholic Philippines is prepared for this.

“Culturally that’s something that can be determined though discussion. Tingin ko we’re in a much more tolerant society than we were ten years ago,” he said.

“No law can compel religious institutions to change beliefs. What the bill can do is allow for mechanism for the state to recognize,” he said.

Caloocan Rep. Edgar Erice admitted he is torn on the issue of same-sex marriage. He said while he adheres to his religious beliefs, his daughter is a member of the LGBT community.

Gutierrez said same-sex marriage is better off taken up in Congress rather than have the matter decided by the Philippine Supreme Court, which has a pending case similar to what the US SC tackled.

”It’s a debate na kailangan mangyari in a public sphere. The bill will provide impetus ng usapan. I’m inclined to file bill next Congress to start the ball rolling na mapag-debatehan,” he said.

Gutierrez, meantime, said he is surprised that the divorce bill pending in Congress hasn’t moved yet.

Loi Estrada: Implementing agencies to blame for ‘pork’ mess too