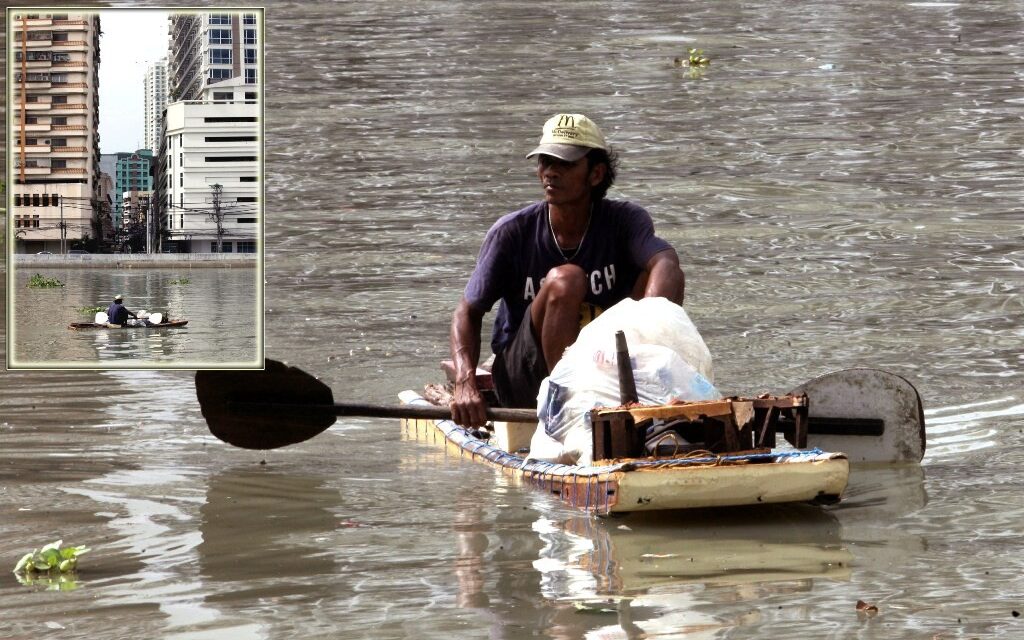 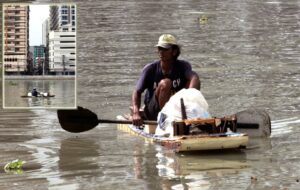 Using an improvised boat, a man collects from the Pasig River assorted recyclable plastic bottles, containers and other floating objects which he sells for a living. Government continues promoting solid waste management nationwide to help protect people and the environment from adverse effects of indiscriminate garbage dumping in waterways and other areas. (MNS photo)

MANILA (Mabuhay) – A lawmaker is urging government to bid out the operations of the Pasig River Metro Ferry Service to the private sector so it can be transformed into a competitive means of transportation.

LPG Marketers’ Association (LPGMA) representative Arnel Ty said in a statement Monday the National Economic Development Authority’s Public-Private Partnership (PPP) Center and the Department of Transportation and Communications (DOTC) can entice several investors to build and operate a highly developed Pasig River Metro Ferry Service, especially if the concession will include the right to exploit the passenger terminals for commercial purposes.

“There’s no question a modern Pasig River Metro Ferry Service can provide an alternative means of public transport that is safe, fast and reliable. However, a bigger, bolder and tested developer – an entity with a deeper pocket – may be needed to build and run the project this time,” he said.

The ferry service, which resumed last April, is currently being by the Metro Manila Development Authority (MMDA).

Eight small ferry boats cruise along three routes from Pinagbuhatan in Pasig City to Plaza Mexico in Manila from 6 a.m. to 7 p.m. daily.

Based on a Commission on Audit (COA) report, the previous service failed because the private operator deviated from the original plan to deploy 18 boats with 50 seats each, and instead used six, 150-seater vessels.

As a result, the COA report noted commuters hardly took the ferry because they had to wait for a long time for the boat to fill up before departing the station.

The audit agency has recommended the revival of the ferry service project via competitive bidding by prospective new private operators that can readily comply with the initially required 18 vessels with 50 passengers each.

While Ty admired MMDA’s initiative to revive the Pasig River Ferry System, he doubted that the agency can make it a self-sustaining operation.

“The DOTC, MMDA, Pasig River Rehabilitation Commission, and the NEDA’s PPP Center should work together and find ways to enlist a larger private company to develop an advanced and convenient ferry service – one that will hopefully draw in a huge volume of commuters,” he said. (MNS)

Gordon to Duterte: It is you who admitted stealing from gov’t