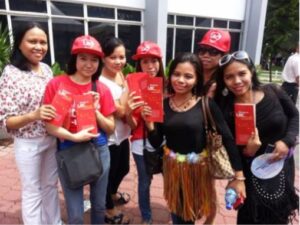 Though most celebrations for the country’s 117th Independence day are held in the Philippines, LBC Express, Inc., the leading courier service, logistics, and money remittance provider has brought festivities to Filipinos across the globe. In celebration and commemoration of Philippine freedom, LBC Express held a series of games, raffles and freebies across the Middle East, Asia Pacific, North America and Europe.

“Among the regions, the Middle East is one of the most popular choice for overseas Filipinos,” said Barty Espino, Vice President for Middle East Operations. “So it only makes sense that we bring a touch of home, even if we’re thousands of miles away.” 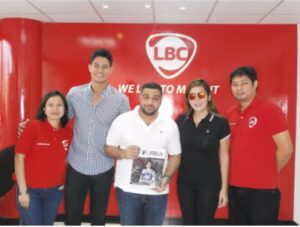 Over 20,000 Filipinos attended the Independence Day celebrations in malls in United Arab Emirates (UAE), Bahrain, Kingdom of Saudi Arabia (KSA), Kuwait, and Qatar, with the support of the Philippine Embassy and Consulate offices in the GCC. Our “Ka-LBCs” enjoyed games, raffles and freebies, such as discounts on cargo, and complimentary sea cargo services and balikbayan boxes. Some attendees were also treated to Shopping Suki deals to maximize their cargo sending. New members of the LBC Plus card were also gifted with premium LBC merchandise and Max’s Restaurant vouchers.

In Bahrain, singer Angeline Quinto and model Daniel Matsunaga celebrated with Filipinos at Lost Paradise of Dilmun Water Park and visited the LBC Bahrain branch to meet and greet our Ka-LBCs.

In the Asia-Pacific region, LBC held fun-filled activities in Malaysia and Hong Kong. In Malaysia, LBC set up booths offering exciting games and freebies, and a colorful fiesta-themed parade. In Hong Kong, LBC also had booths loaded with freebies and a stage where games were held. The courier service gave free LBC Plus cards to over 150 Filipino registrants in both countries.

“Our celebrations are catered to the global Filipino,” shared Karen Sanchez, Brand Manager for Asia Pacific and Australia. “And because there is a large concentration of Filipinos in Malaysia and Hong Kong, we make it a point that we join all Philippine Independence Day celebrations wherever LBC is present.”

“Our role at LBC Express is to serve as the bridge between overseas Filipinos and their loved ones back home,” said Patricia Garcia, Brand Head for North America. “So wherever there is a Filipino, you can always expect LBC to be there to be their partner in sending the love back home.”

Kababayans and Ka-LBCs in Europe also joined the Independence Day festivities in the region, where LBC is present: the United Kingdom (UK), Italy, Spain, Germany, France and Austria.

A series of Barrio Fiestas were held in UK cities where there are large Filipino communities: Manchester, Yorkshire, Bradford, Bristol, Manchester, Swansea, Scotland, Birmingham, London, and Hounslow had games, raffles, and pageants, while Newcastle, Morden, Oxford, and Milton Keynes held their own celebrations.

The Filipino communities in Barcelona, Madrid, Milan, Rome, Napoli, and Paris also organized events; the German cities of Recklinghausen, Oberhausen, and Wilhemsfeld had festivities with a beach party, a Santacruzan, a gala night, and a celebration of Dr. Jose Rizal’s birthday. The Filipinos in Belfast, Dublin, and Vienna toasted to a new year of independence as well.

“Globally, it has become a tradition among Filipinos abroad to gather in celebration of their Filipino roots. We organize local community events offering different types of entertainment like cultural presentations, performances from celebrities from the Philippines or local talents and booths featuring Filipino delicacies and products,” said Miguel Vecin, Vice President of Europe Operations. “This is meant to  make our new environments feel like home.”

LBC’s partnerships with Filipino communities is part of its commitment to serve overseas Filipinos across the globe.  In total, the courier service has over 4,400 branches, partners, and agents in over 30 countries, ready to serve as the bridge between the more than 10 million Filipinos overseas and their loved ones in the Philippines. With LBC’s global presence, any country can feel like home. 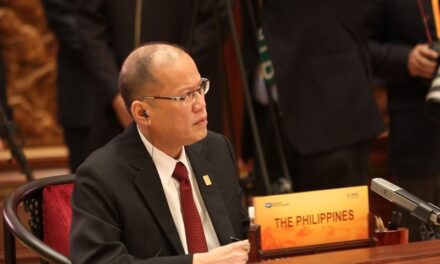