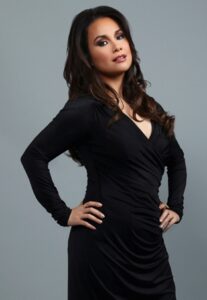 Fresh from her stint on “The Voice of the Philippines” Season 2, Tony award winner Lea Salonga showed off her coaching skills anew to aspiring teen theater actors at Council Rock High School South in Pennsylvania.

Video clips of the class posted on YouTube by Corey Axler showed Lea performing a medley of “Les Misérables” tunes. She then noted, “The less work that you show you’re doing, the better. No singer should look like they’re having a tough time getting the notes out.”

The Broadway star shared her secret to overcoming nerves by ignoring the audience.

“You see that ‘Exit’ sign? Look at (that) and at no one else. And think about (a person you wish were with you at that moment)… In your mind, all the stuff that you used to do together… Whatever it is, think about (it) really, really, super clear in your head. And when you look at the exit sign, you see his face and you sing to him,” she said.

Lea also spoke to the students one by one after each performed a song in front of the class.

She told a student identified as Libby Tofig, who sang “Still Hurting” from “The Last Five Years,” to try and draw emotion from the hurt brought about by the end of a relationship – before letting her perform for the second time.

“This is one of the songs that is acted more than (sung), and so I’m noticing that you are putting adlibs and twisting stuff… that is not really necessary,” she said.

Lea also shared how she got her part in “Mulan,” and spoke about the song’s use in the film.

“I recorded the first (full) version of that in 1995, and then in 1996 they asked me to go back to the studio. They said the song is not really moving the story along, we cut it in half,” she said.

After giving advice to the students, Lea performed “Reflection” from “Mulan,” and “A Whole New World” from “Aladdin” with a male student.

She capped the tutorial with a rendition of The Beatles’ “Blackbird,” which she performed with the South Vocal Ensemble.

Lea is to return to Broadway via George Takei’s “Allegiance,” a story based on the latter’s real-life childhood experience growing up in a Japanese-American internment camp during World War II.

This marks Lea’s Broadway homecoming. She last performed there in 2007, playing Fantine in a production of “Les Misérables.”

Excited about the project, she said, “Everyone involved with ‘Allegiance’ has been waiting a very long time for this.”

Lea, who will portray the lead female role Kei Kimura, said the epic tale of love, courage and heroism resonates with everyone, including her family. She said she wants her daughter to be aware of her husband Rob’s Japanese ancestry.

“(My role) is close to my heart because she’s a quietly strong, dignified, family-loving woman who finds her own voice and fights for what she believes is right,” she said.

A preview of the Broadway production is scheduled on Oct. 6 at Longacre Theatre. The official opening is on Nov. 8. (MNS)