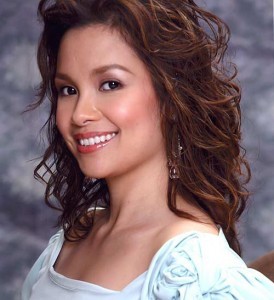 Tony Award winner Lea Salonga is overwhelmed that she is still at the top of her game 35 years since she first entered the entertainment industry.

Salonga said she has nothing but gratitude for all the people who have supported her from the very beginning.

“It feels unbelievable only because there aren’t a lot of people that they can say they can celebrate a career this long. There’s maybe a handful of people that can say that and I’m very proud that I can say that. I’m thankful to everyone that has been a part of my career in some way,” she said.

Salonga said credit also needs to be given to her mom, Ligaya Salonga, for the success that she has achieved both in her personal and professional life.

“I think a lot of my career really comes from her support, her dedication, her unwavering and undying love. A lot of this is because of her. Kung wala siya, wala rin ako,” she said.

Now one of the few Filipino artists known worldwide, Salonga said it her dream to continue being an inspiration to other people in a way that she can.

Asked if she still has things in her bucket list, the acclaimed singer said: “History class made me very interested in a lot of things. Maybe to go to Egypt one day to see the pyramids, stuff like that.”

“Maybe in my lifetime, I will actually take a vacation to all these different parts of the world and see those things I’ve only read about,” she added.

Salonga is set to hold a concert next month to mark her 35th year in show business.

The concert, billed as “Playlist,” will be held at the PICC Plenary Hall on December 6 and 7. It will be directed by Bobby Garcia, who last directed Salonga in the play “God of Carnage” last year.

Salonga, one of the coaches of “The Voice of the Philippines,” will be joined by her brother Gerard Salonga as musical director, as well as the ABS-CBN Philharmonic Orchestra.

One of her guests will be “The Voice of the Philippines” grand winner Mitoy Yonting, who was part of her team in the reality show. (MNS)