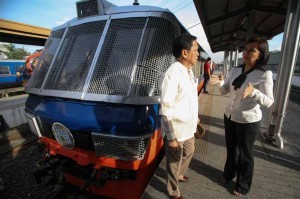 MANILA (Mabuhay) – Members of the House committee on Public Information will push for the Senate’s adoption of the lower chamber’s version of the Freedom of Information (FOI) bill, saying it is stronger than the counterpart measure passed by senators.

Camarines Sur Rep. Leni Robredo said that there were several similarities between the Senate and the House’s versions of the bill, one of the details which set the latter apart from the former is the inclusion of an open data provision that requires the government to upload on the Open Data Philippines website datasets generated in the implementation of agency mandates, programs, activities, and projects.

The panel passed the FOI bill last month after deliberating on the measure for almost a year in the technical working group. The proposed legislation was heralded by the committee members as a “progressive but well-balanced” measure that prioritizes the public’s need to access information while also giving importance to the need to protect the State’s interest.

Members of the Makabayan bloc, however, slammed the  substitute bill as a “watered down” and “toothless” proposal that will not improve people’s access to information. The seven-member group has withdrawn their authorship of the measure after the committee approved it by a vote of 10-3.

The Senate approved its version of the FOI bill on third and final reading last March.

Committee chair Rep. Jorge Almonte reiterated that the FOI bill will be passed before the end of the 16th Congress because of President Benigno Aquino III’s repeated pronouncements that it will become a law during his term.

However, he demurred from giving an exact date for sponsoring the measure in the plenary since the measure still had to be tackled by the Committee on Appropriations, which would iron out details on funding its implementation.

“We expect to submit a committee report at the soonest possible time because the Committee on Public Information, after all, has the principal responsibility of submitting a report to the House,” Almonte said.

But while the panel members are confident of the bill’s passage in the House, Robredo admitted hearing reservations about the measure from some of her colleagues.

Deputy Speaker Henedina Abad said several lawmakers have begun to discuss the bill informally among themselves during small gatherings and fellowship meetings within the Liberal Party.

“We’ve had informal talks about the bill with the other House members so we will have engagement. It’s important to us that talks are held about the bill so its provisions are clear to all the lawmakers,” she said. (MNS)