Leo: a wearable tracker that takes exercise safety into account 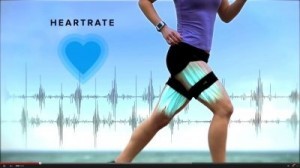 (Relaxnews) – A new wearable is in the works that claims to be able to communicate with its users better than an actual, living personal trainer. Among its capabilities, it claims itself able to detect levels of lactic acid in muscles and to sense when the user needs a break or to rehydrate.

Called the Leo, the gadget is a compression band worn on the thigh, equipped with interwoven sensors and a button-like compartment for the battery and another motion sensor.

Its basic features include heart rate monitoring, acceleration rates as well as speed calculation in addition to pace, distance traveled and cadence, a measure of the rate of cyclists’ wheel rotations.

Among its unique features, it claims to be able to sense muscle coordination, efficiency, muscle targeting, balance and muscle fatigue and to provide technique analysis.

Instead of the usual parade of fitness models promising the tracker will spread their good genes to users, Leo’s promotional video pointedly features images of a woman in mediocre athletic shape, indicating that the tracker industry caters to casual exercisers who need more than simple movement quantification to stay healthy and avoid injury.

With nearly two weeks remaining in its Indiegogo campaign, Leo had more than doubled its initial fundraising goal of $50,000.

In a unique crowd-funding technique, those who pledge sums starting at $49 now will have the right to pay later at a discounted price, depending upon which package they choose.

Shipping is expected in May 2015 and an extra $15 is required for orders outside the US.