As prom night approaches and parents begin to worry about what might happen during after hour parties, some might be tempted to try to teach their high schoolers to drink responsibly – by allowing them to consume alcohol under supervision.

A new study shows that teens who drink with an adult supervising are more likely to develop problems with alcohol than kids who arenâ€™t allowed to touch the stuff till they hit age 21.

â€œThe study makes it clear that you shouldnâ€™t be drinking with your kids,â€ said Barbara J. McMorris, lead author and a senior research associate at the School of Nursing at the University of Minnesota.

An American Medical Association study reported in 2005 that 25 percent of teens acknowledged they had been at a party where underage drinking was occurring in the presence of a parent. Those are the parents McMorris and her colleagues are hoping the study will reach and teach.

For the new study, she and her colleagues rounded up 1,945 seventh graders and then tracked them for three years. Half of the teens were from Victoria, Australia, the other half from Washington State.

Each year the kids were given questionnaires that asked about their experiences with alcohol and about their relationships with their parents. The teens were asked how often theyâ€™d consumed more than a few sips of any alcoholic beverage each time they were surveyed.

When they hit the eighth grade, the teens were asked how many times in the past year theyâ€™d consumed alcohol â€œat dinner, or on a special occasion or holiday, with adult supervisionâ€ or â€œat parties with adult supervision.â€ They were also asked how many times theyâ€™d experienced harmful consequences, such as â€œnot able to stop once you had started,â€ â€œbecame violent and got into fight,â€ â€œgot injured or had an accident,â€ â€œgot so drunk you were sick or passed out,â€ â€œhad sex with someone you later regretted,â€ or â€œwere unable to remember the night before because you had been drinking.â€

Australian teens were more likely than their American counterparts to be drinking with adult supervision by eighth grade â€” 66 percent versus 35 percent â€” and they were more likely to have experienced harmful consequences from their drinking â€” 36 percent compared to 21 percent.

No matter which continent kids and parents came from, it was clear that the strategy to teach teens responsible drinking habits through supervised consumption was backfiring.
That finding didnâ€™t surprise the experts.

â€œI think the study says something pretty important,â€ said Patrick Tolan, director of Youth-Nex: The University of Virginia Center to Promote Effective Youth Development. â€œParents need to make it clear that itâ€™s not OK for kids to drink until they reach the legal drinking age â€“ a line has to be drawn.â€

Still, many parents seem to have a particularly difficult time drawing lines when it comes to alcohol, said Mary Oâ€™Connor, a professor in the department of psychiatry and biobehavioral sciences at the University of Californiaâ€”Los Angeles. â€œThere are people I know who are very responsible parents in many ways who think that this is part of being a responsible parent,â€ Oâ€™Connor said.

That may be related to our own mixed feelings about a substance that is actually a legal, mind-altering drug.

What parents tend to forget is that teens are not just smaller versions of us. Their brains have not finished developing and studies have shown that alcohol has a very different effect on the unfinished brain, Oâ€™Connor said.

â€œWe know from both animal and human studies that alcohol affects brain development,â€ Oâ€™Connor said. â€œThe teenage brain is much more vulnerable to begin with and we now know that repeated drinking can lead to long term deficits in learning and memory.â€

Parents should model moderation â€¨Beyond this, thereâ€™s mounting data showing that it can be dangerous to start drinking young, said Dr. Brian Primack, an assistant professor of medicine and pediatrics at the University of Pittsburgh Medical Center. Studies have shown that kids are four times more likely to become alcoholics if they start drinking before age 15, Primack said. So, is it enough to simply draw the line and tell your kids they canâ€™t touch a drop till theyâ€™re 21? Will that glass of wine with dinner â€” made all the more necessary by rebellious teens you live with â€” encourage them to drink too much?

â€œYou want to model moderation,â€ Tolan explained. â€œYou donâ€™t want to be drinking a lot in front of them â€“ or inviting them to parties where your friends will be drinking a lot. That will confuse them and lead them to think that itâ€™s OK to drink a lot.â€

You donâ€™t have to lock down the liquor cabinet, he added, but â€œthat said, you should remember that kids experiment.â€

Parents should know know exactly what and how much alcohol theyâ€™ve got, Oâ€™Connor said. â€œAnd you want to taste it periodically to make sure itâ€™s not been diluted,â€ she added.
Thatâ€™s well and good for when your kids are at home. But what about that prom night situation?

The solution might be a simple one â€” let your teen host the party at your house. â€œI think alcohol free parties are a great idea,â€ McMorris said. 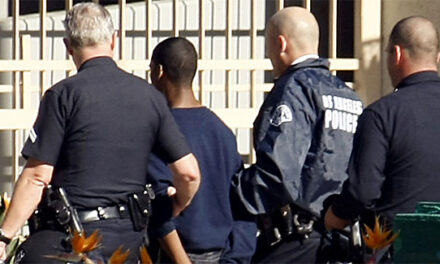 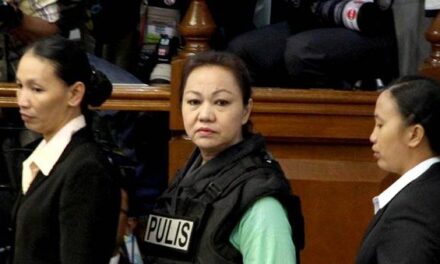