Star-studded event and show greet new Filipino destination channel in the U.S.
for programs on self, home, food and travel 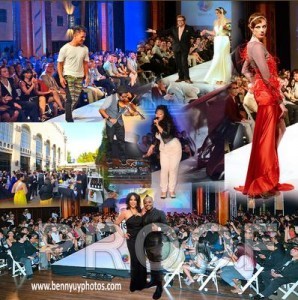 As trays of marinated filet mignon satay, bottom mushroom adobo, ancho pork tenderloin, smoked salmon pastrami rolls and the like were served by the dynamic teams of Chef Rudy Janeo Jr. of Zagat-rated Ventano Italian Grill in Las Vegas and restaurateur Lem Balagot of the very famous food landmark L.A. Rose Café Hollywood, a panoramic scan of the courtyard and red carpet revealed many familiar faces from the 500 invited guests. Social media was inundated with real time image uploads of on-goings and lots of kudos.

With the unprecedented success of its flagship product, The Filipino Channel (TFC) and Filipino On Demand, its video on demand service on cable, ABS-CBN International expanded its content coverage to Filipinos in the U.S. by offering Lifestyle Network back in April.

In an on-site interview with TFC’s Balitang Showbiz host Yong Chavez, ABS-CBN North America Managing Director & Global Content Head Olivia De Jesus said: “The programs that you will find in Lifestyle Network are very much aligned to the passions of Filipinos living in America. We’re out to fulfill your passions and make you realize your dreams. This is a major milestone in our 20 years of service to the Filipinos here in the U.S.”

“We are very pleased to have Time Warner Cable as our partner in bringing Lifestyle Network to the Filipino community in Southern California and Hawaii,” said ABS-CBN North America Regional Marketing Head & Senior Director Jun Del Rosario. “We hope to see Lifestyle Network as a true destination channel to as many viewers as possible who are interested in its four pillars of Self, Food, Home and Travel.”

About Lifestyle Network
Lifestyle Network is the newest channel launched by ABS-CBN International which was created almost 20 years ago to be of service to all Filipinos. With the launch of its flagship product, The Filipino Channel (TFC), the company became the first and most successful Filipino content distribution company in the U.S. The company offers telecommunication, retail, theatricals, money remittance and cargo services, online audio and video streaming, IPTV, On Demand, along with philanthropic support for Filipinos and the communities they now call home. Based in Redwood City, CA, ABS-CBN International is a subsidiary of ABS-CBN Corporation, the Philippines’ largest entertainment and broadcasting company, through ABS-CBN Corporation’s wholly-owned subsidiary, ABS-CBN Global Hungary Kft. For more information, visit www.abs-cbnglobal.com.