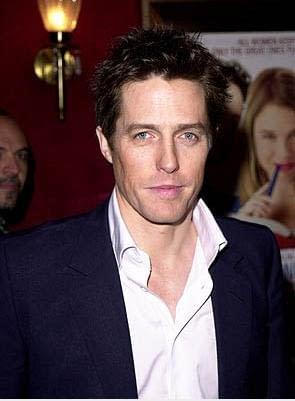 The British actor, who counts Elizabeth Hurley and socialite Jemima Khan among his past girlfriends, said he had been bowled over by Chinese women and would consider having a Chinese girlfriend.

Grant is in Haikou, on the southern Chinese island of Hainan, to play in the Mission Hills Star Trophy celebrity pro-am tournament, along with fellow A-listers Catherine Zeta-Jones, Christian Slater and Matthew McConaughey.

The 50-year-old Grant is a self-confessed golf addict, but dismissed the suggestion his passion for the game was hampering his love life.

“That’s not quite true. I find there’s plenty of space in life for girls and golf,” he told reporters.

“I am very happy to contemplate a Chinese girlfriend. I must say I’m very charmed by Chinese women so far. I’ve only been here 24 hours, but I’ve fallen in love four times.”

The actor insisted he would not be distracted from the golf by the Miss World contest, which is taking place elsewhere on Hainan this weekend.

Grant has forged a hugely successful career playing bumbling, upper-crust charmers in a string of romantic comedies including “Notting Hill” and “Four Weddings and a Funeral”.

But he said he would love to take on a darker role suggested by Hong Kong star Aaron Kwok.

Kwok won a best actor award at Taiwan’s prestigious Golden Horse awards in 2006 for his performance as a gambling addict in “After This Our Exile”, and he said Grant would be perfect to reprise the role in any Western remake.

“Funnily enough, I just came from Las Vegas and I would relish that role, although I am a very bad gambler – I did lose a lot of money,” Grant said.

Away from the golf course, Grant said he was working on a new book. Last year he told a German newspaper he dreamed of fleeing Hollywood to pursue a literary career.

The field of 18 professionals at the Star Trophy – who include Europe’s victorious Ryder Cup captain Colin Montgomerie, Nick Faldo and Greg Norman – will compete for a winner’s prize of 1.28 million dollars this weekend.

Grant said that despite his golf-loving reputation, he still struggled with the game.

“I’d like to clarify – I’m not at all a good golfer, I have no natural talent at all but I have spent a lot of money on lessons in the past 10 years,” he said.

“But I am addicted and I love a big tournament, so I’m very excited to be here.”

Isabelle Daza wants grandmother to be hailed as National Artist