For most of us, life would be far less enjoyable without music, any kind of music, regardless of the tune, instruments or voices involved. But whether it’s rock, classical, hip-hop, heavy metal or something in between, when played too loudly, repeated exposure to music can cause permanent hearing loss and ringing in the ears, or tinnitus. 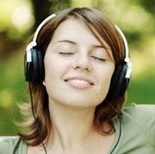 “Once you have hearing loss, music will never sound the same; ringing in the ears will rob you of the sound of silence,” Thais Morata, a federal research audiologist, writes in her science blog posted today on the National Institute for Occupational Safety and Health website.

Recent studies from NIOSH’s Division of Applied Research and Technology and others report on tests showing that all nightclub employees studied – whether they were musicians, servers, bartenders, DJs or others – were exposed to noise levels above the internationally recommended limits of about 85 decibels and were at a higher risk of early hearing loss and tinnitus.

A new term, music-induced hearing loss, has been coined to reflect this growing condition, Morata said.

Why are her research and a discussion of this topic important?

The Occupational Safety and Health Administration has guidelines and laws to protect workers in dangerously noisy factories, mines and workplaces. These protections pretty much boil down to moving the worker from the dangerous source of the noise or eliminating the source of the noise. Neither is practical for musicians.

Musicians and others working in entertainment and sports venues are often overlooked in terms of occupational safety and health, especially in the U.S.

Australia, Switzerland, Italy, Austria, Finland, Sweden and a handful of other countries “have specific recommendations for occupational exposure limits when it comes to musical activities or noise in the entertainment industry,” Morata writes.

AOL News contacted OSHA for a comment on protecting music workers and received no reply.

The loudness of sound is measured in decibels. Most experts recommend that you use earplugs when exposed to 85 decibels and above. But what does 85 decibels mean?

The American Tinnitus Association offers the following examples of common noise levels: A ticking watch is usually 20 decibels; a washing machine is 70 decibels. When your alarm clock does its thing, it’s 80 decibels. A blow drier can crank out 100 decibels, and a screaming child and jackhammers are about the same at 110 decibels.

Morata told AOL News of earlier NIOSH-funded studies where measurements were made at eight New York City live music clubs. The average sound levels when the bands were performing ranged from 94.9 to 106.7 decibels, and some peak sound levels exceeded 115 decibels.

While in a collaborative program with a Brazilian University, Morata studied the hearing exposure in various musical scenarios: military bands, Oktoberfest bands, DJs and the like.

She and her colleagues measured 50 members of a military band as they were playing and recorded levels as high as 96.2 decibels. A third of them reported music-induced hearing loss, and 76 percent complained of tinnitus, she said.

When measuring the noise levels around 30 DJs, the researchers found their nightclubs’ average sound level ranged from 93.2 to 109.7 decibels.

But what about the risk to the audiences in these music clubs, arenas and concert halls?

“Music from any kind of source can cause permanent hearing loss if you listen to it loud and long,” Dr. William Hal Martin, professor of otolaryngology/head and neck surgery at Oregon Health & Science University, told AOL News.

He explained that damage to the delicate sensors in the human ear – called hair cells – results from a combination of the volume and duration of the sound exposure, no matter if it is music, a chainsaw or a gun.

“Extremely loud sounds, like a rock concert in front of the speakers, can be over 120 decibels. Repeated exposures for only nine seconds at this level will begin to cause damage,” he said.

Even personal music systems like the iPod can put out over 100 decibels through standard ear buds. Repeated exposures at 100 decibels for only 15 minutes can start to cause permanent hearing loss, he said.

Morata, Martin and other experts offer ways to protect yourself, including:

* Walk away from loud noises. Every time you double the distance from a sound source, you cut the sound pressure in half.

* Reduce the intensity of the noise by not standing directly near its source, such as a bank of speakers.

* Limit the time you expose your ears to loud noises.

* Cover your ears with your hands when you’re walking past a jackhammer, a leaf-blower or other obvious noise generator.

* Wear earplugs when you’re around sounds of 85 decibels and above. There are dozens of styles, colors and fits of earplugs, including specially designed musician earplugs and others that give high-fidelity listening experiences while keeping the listener safe.

* As far as personal listening devices, turn it down. Every time you reduce the volume by just 3 decibels, you double the safe listening time.

Statement of H.E. Jose L. Cuisia, Jr., Philippine Ambassador to the United States, on Fatal Shooting of Filipina-American in Costco Store in Virginia