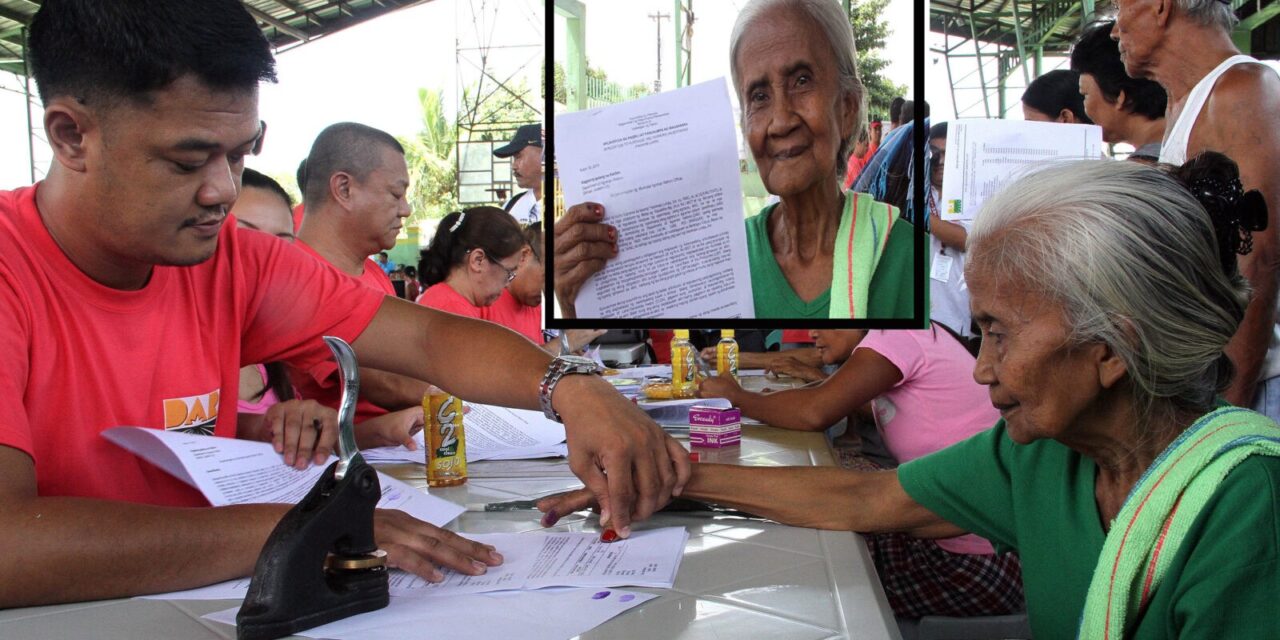 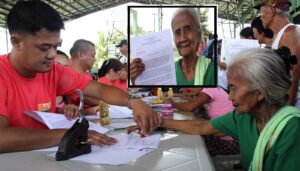 Lucina Donato-Aquino (right), a 68-year old land reform beneficiary in the sprawling Hacienda Luisita in Tarlac affixes her thumbmark as her signature on the Application to Purchase and Farmer’s Undertaking form after receiving her Lot Allocation Certificate (inset). She is among the first batch of 645 qualified beneficiaries to receive lot allocations on Thursday (July 18, 2013) in Barangay Cutcut, Tarlac. (MNS photo)

MANILA (Mabuhay) – Hacienda Luisita farmers on Monday that maintained that the abuses against them were real and would be proven after Malacañang had challenged them to show concrete evidence to their claims.

In a statement, Ranmil Echanis, deputy secretary general of Unyon ng mga Manggagawa sa Agrikultura (UMA), said that the statements of the Palace are insensitive and “rub salt on the open wounds of beleaguered Luisita farmers.”

Echanis said that the “defense” of Malacañang was expected and showed that the Aquino administration meddles in the affairs of the hacienda owned by the President’s family.

“These obnoxious pronouncements only show that despite his denials, the President and his administration are very much involved in the Cojuangco-Aquino family’s crusade to maintain control of Hacienda Luisita,” Echanis said.

UMA also urged supporters of the Luisita farmers to aid in exposing the alleged grave abuses committed to the tillers.

On Sunday, Communications Secretary Herminio “Sonny” Coloma Jr. said that the farmers should prove their claims and follow the rule of law.

“Those are their accusations, not ours…It is but proper for those who are accusing to present their evidence,” Coloma said over Radyo ng Bayan. (MNS)

Restless legs may be a sign of heart risks