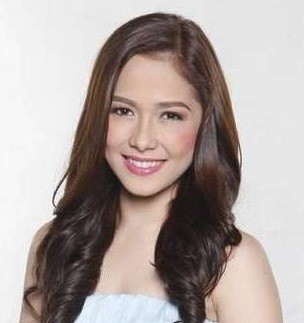 “The Legal Wife” star Maja Salvador said fellow actress Anne Curtis was one of her “inspirations” in recording her debut album titled “Believe.”

Salvador said that just like Curtis, she also believes that “dreams do come true.”

Curtis, a self-confessed non-singer, has held a number of concerts both in the Philippines and abroad, on top of her hit albums.

Salvador said she is also thankful to her boyfriend, actor Gerald Anderson, for inspiring her and supporting her newest project.

She went on to express her appreciation to her handlers.

Salvador is set to launch her debut album on “ASAP” this Sunday.

With “Believe,” the actress-dancer hopes to be a “total performer.”

Sparks fly anew between love-hate couple Sarah, John Lloyd in “It Takes A Man and a Woman”

Showbiz update: Piolo happy that the Megastar defended him