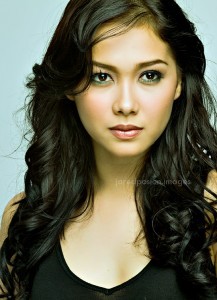 Salvador said the film is based on the life of Filipino athletes, in particular, runners.

She clarified that the film is not the based on the true-to-life story of athlete Elma Muros. However, she said it was Muros who actually trained her.

For the film, Salvador said she had to do real training and exercises of a runner. As a result, she lost weight.

Sam Pinto on FHM 100 Sexiest: ‘Give others a chance’

Enrique on falling for Julia: Nothing is impossible