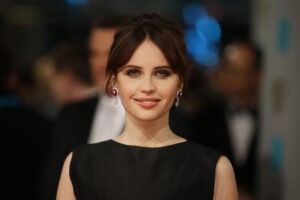 (Los Angeles-AFP) – You don’t become a star with the wave of a magic wand.

Before Hollywood’s awards shows climaxing with next week’s Oscars, an army of makeup artists and coiffeurs work for weeks to perfect what you see on the red carpet.

Sabrina Bedrani is one of these magic fairies.

The Frenchwoman first made her name in the fashion industry, working with top photographers like Peter Lindbergh, before moving to Los Angeles, where she rapidly became one of the most sought-after makeup artists in Hollywood, with clients including Julianne Moore, Heidi Klum and Felicity Jones.

She is the one who has looked after Jones’s face since the young British actress was nominated for an Oscar for playing astrophysicist Stephen Hawking’s wife Jane in “The Theory of Everything.”

“An Oscars campaign is a long haul, like for a presidential election,” said Bedrani, who follows Jones everywhere she goes once she arrives in Los Angeles.

The promotion of “The Theory of Everything” began with its Toronto Film Festival premiere in September, followed by its US release in October and the ongoing awards season, including the Golden Globes last month and right up to the Oscars on February 22.

“Because Felicity doesn’t live in Los Angeles, each time she comes, her diary is jam-packed. She goes from public meetings to magazine photo-shoots to interviews and gala soirees,” Bedrani told AFP.

And between each event, Bedrani performs her magic to keep Jones looking like a princess.

“If it’s a morning television show, she needs a more relaxed look and more natural makeup… If it’s the Oscars’ Governors Ball then it’s the Hollywood glamour look, lots of rouge,” she added.

“You build up a relationship of trust. You have to have the same point of view,” said Bedrani, who prefers light makeup in general.

Arnaud Ozharun, who does the hair of people like Michelle Monaghan, is totally against extensions. “I really can’t stand that!” he said.

Before a huge event like the Oscars, the team gets together with the star involved.

“Everything starts with what she’s wearing. If it’s a fancy dress, we don’t want to make her look too much like a lady. You can do the makeup light, or you could opt for a stand-out lipstick, orange, more modern,” Bedrani explained.

Sometimes, when the celebrity is traveling or in a rush, the team meeting can involve simply “an exchange of photos, or sketches by email.”

Ozharun recalled being hired to help the “True Detective” team do Monaghan’s hair by Skype, on set in Louisiana.

On the day itself, final preparations are usually made in the star’s hotel, two or three hours before the event.

“For the red carpet, I usually use more powder, because the makeup has to last. In Los Angeles it can get very hot, and with traffic jams you can take two hours to arrive,” said Bedrani.

Before sending them off, she gives her client special “papers” to absorb any shine, as well as “a powder compact and a lipstick so that she can do her own touchups.”

The celebrities themselves are usually feeling a mix of “excitement and a little stress, because they know they’re going to have their photo taken, have it dissected. Not all of them are relaxed” in front of photographers, said Bedrani.

Ozharun, with 50 years of experience, said he sometimes doesn’t sleep the night before a big event.

For the Golden Globes, where Monaghan was nominated, the actress was nervous.

“She felt I had cut her hair too short. And then the next day, she sent me a message saying she was very happy,” he said.

Liability of owner of premises for slip and fall