Malacañang: PHL to push arbitration of sea disputes regardless of China’s reaction 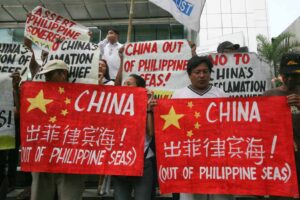 MANILA, Oct 31 (Mabuhay) — Malacañang on Saturday said the government will continue to pursue arbitration to resolve its dispute with China over the South China Sea.

“Yes, we will continue to resort to arbitration. That is the most logical and the most… I suppose the most operative way of enforcing our claim. So tuloy po nating gagawin ito, regardless po kung ano ang magiging reaksyon po ng ating kapitbahay na Tsina,” Presidential Spokesperson Edwin Lacierda told state-run radio dzRB.

China on Friday reiterated its call to the Philippines to return to to the “correct path” in resolveing the sea disputes.

China has been telling the Philippines that it only wants unilateral talks on the sea disputes and that it will not participate in the case before the Permanent Court of Arbitration (PCA) in The Hague.

“China urges the Philippines to honor its own commitments, respect China’s rights under international law, change its course and return to the right track of resolving relevant disputes in the South China Sea through negotiations and consultations,” China’s Ministry of Foreign Affairs said in a statement.

The PCA ruled on Thursday that it has immediate jurisdiction over seven out of 15 issues raised against China by the Philippines, which asks the tribunal to declare Beijing’s sweeping claims over the disputed areas in the South China Sea illegal and excessive.

“From the outset naman, China has openly stated that they will not participate. The closest thing without participating was to submit a position paper. Very clear naman po sa kanilang submission of the position paper itself, this is not equivalent to submitting to their jurisdiction, naintindihan po ‘yan ng Permanent Court of Arbitration,” Lacierda said.

“Obviously, our track is to go by way of arbitration and we will continue to pursue that track. It just helped us. The PCA has looked with favor on our petition, so we look forward to presenting the merits of the case,” he said.

China is insisting on its “indisputable” and “historical” claim over virtually the entire waters in the South China Sea.(MNS)

Transnationalizing Viet Nam: Community, Culture, and Politics in the Diaspora 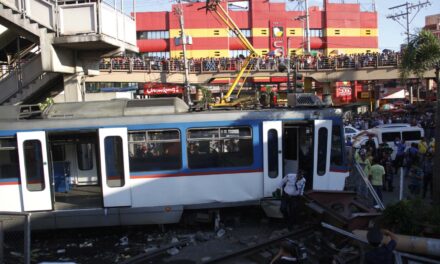