MANILA  (Mabuhay) -– Amid the perceived disappointing performance of the National Irrigation Administration, Sen. Ferdinand ‘Bongbong’ Marcos Jr. filed a bill which aims to provide water to 95 percent of irrigable lands all over the country within three years.

“The bill proposes to accelerate irrigation development in the country in order to address the agricultural needs of our countrymen,” Marcos said.

Registered as Senate Bill No. 14, the bill will give NIA the mandate to implement and expedite a massive national irrigation program.

” It mandates the NIA to come up with programs and plans of action to achieve this goal,” Marcos said.

Marcos said his bill also seeks to boost the country’s resiliency against the imminent effects of climate change to the agricultural sector through massive irrigation of agricultural lands.

He said the comprehensive national irrigation program will be composed of generation, restoration and rehabilitation of irrigation systems and facilities using progressive and modern methods, continued research and development and application of modern technology to upgrade irrigation method.

The bill also directs NIA to provide technical and financial assistance to local government units, cooperatives, farmers’ associations, as well as non-governmental organizations with respect to irrigation systems in their respective jurisdictions.

To evaluate NIA’s efficiency in implementing the program the agency is required to submit to Congress after the lapse of the three-year period a detailed report and satisfactory proof of meeting the 95 percent target.

NIA shall be required to furnish Congress a detailed status report of its programs, accomplishments, and failed targets every 5 years thereafter.

Under the existing law, NIA is only obliged to directly furnish a fiscal report to the legislature and not a report of its operations and accomplishments.

“On reaching the NIA’s half-century of existence, there is a need for the legislature to study the efficiency and possibly reassess the capabilities and worthiness of the NIA in the agricultural sector and bureaucratic structure in general,” Marcos said.

The President has reportedly ordered a probe of NIA’s failure to meet its targets despite enough allocated budget to improve irrigation projects nationwide. (MNS) 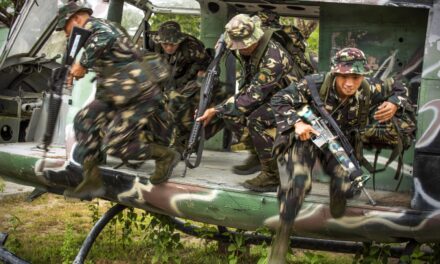