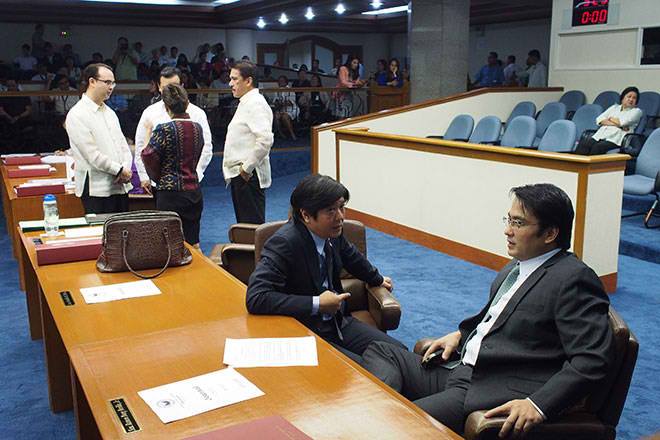 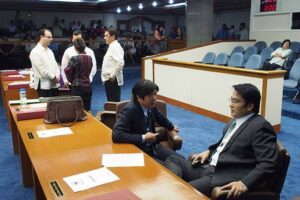 MANILA (Mabuhay) – Sen. Ferdinand “Bongbong” Marcos Jr. on Tuesday denied any links to the pork barrel scam of Janet Lim Napoles despite his inclusion in the second affidavit submitted by Napoles to the Department of Justice.

In a statement, Marcos said he has never met Napoles, “never spoke to her nor did I ever have any personal dealings with her.”

He noted that Napoles’ own affidavit confirmed this.

However, he also confirmed that a certain Catherine Mae Santos was engaged as a consultant by various Senate Congressional Committees and was detailed to his office from January 2011 to June 2013.

He said his office dropped Santos as a consultant on March 21, 2013 after she failed to submit a year-end report despite several verbal and written requests.

In the second affidavit submitted by Napoles, the businesswoman claimed that a certain Catherine Mae “Maya” Santos acted as representative for Senators Marcos and Loren Legarda and other lawmakers in the scam.

She said Santos claimed to be the former chief-of-staff of Gloria Macapagal Arroyo when the latter was senator up to the time she became vice-president. She said Santos was later appointed to different posts in the executive including finance undersecretary and assistant secretary in the National Anti-Poverty Commission.

Napoles claimed Santos allegedly presented herself as a representative of Senator Marcos and that the senator was asking for a 50% cut of all pork barrel that went to Napoles NGOs.

She claimed Santos asked for a loan to pay for the building of her house. She also claimed that Santos put the house under her child’s name and that the former official has properties in Tanay and San Diego, California.

Napoles confirmed that she had never met Senator Marcos and that she only dealt with Santos.(MNS)

Sunshine won’t suffice as only vitamin D source during pregnancy