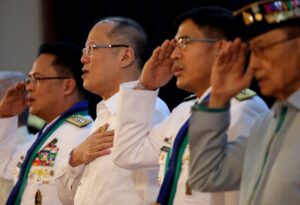 “Palagay ko may kakayahan siya. Meron siyang karanasan at malaki ang tiwala natin na siya ay magbibigay ng direksyon ulit sa ating kapulisan,” (I believe he is capable. He has experience and I trust that he can give direction to the police force) Marcos said.

The senator said he knew the two-star general because he was a director of the Ilocos Region.

Marcos had pushed for the appointment of a new chief following the resignation of Director General Alan Purisima over the botched counter-terrorist operation in Mamasapano, Maguindanao, in January.

Marcos said that with Marquez’s appointment, the PNP can now prepare for the 2016 elections.

(Whenever there is an election hotspot, we depend on our police officers to maintain the peace and order. They should not be accused of being partial or unfair. They can stop this practice if the PNP leadership is strong, thus there is a need for a permanent PNP chief.)

Before being appointed as the new PNP chief, Marquez was head of the Directorate for Operations. He beat four other contenders to the position.