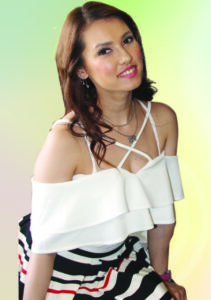 On Instagram, the Japanese actress wrote, undedited: “Its not that i really wanted to film w/ robin but i think it was so unProfessional of him to call it off 10days before the shooting starts… i feel so sorry for the film director’s,staff..etc.”

Padilla pulled out from the film on Tuesday.

“I would like to let you know that this decision making process has been very hard as Mr. Padilla’s reputation shows that he has the highest regards for those he commits to work with,” the actor’s manager Betchay Vidanes said in a statement.

“His withdrawal is due to the fact of needing to attend to his wife Mariel [Rodriguez], as she is experiencing a delicate pregnancy,” she added.

The 31-year-old Rodriguez is currently pregnant with triplets after suffering a miscarriage last March.

Despite this, Ozawa wrote in the comments section: “If he knew abt the pregnancy,he should’ve said no from the first place.. feel sorry for the director haveing to find another actor..!!”

The film’s cancellation will leave the lineup of the annual film festival one movie short. There are currently two reserve films: the John Lloyd Cruz-starrer “Conman” and “Lakambini,” which features Lovi Poe.

As of writing, the Metro Manila Development Authority, which organizes the MMFF, has yet to make a statement regarding the replacement for “Nilalang.” (MNS)