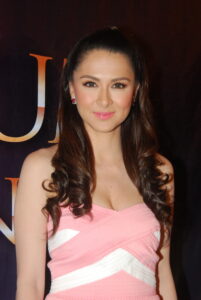 If she has her way, actress Marian Rivera wants to have as many kids as she can.

Meanwhile, Rivera, who is now four-months pregnant, said she doesn’t mind if she will have a baby girl or boy.

The actress said they haven’t pick out the name of their baby but shared that that she would want the names Maria and Jose as part of the baby’s name.