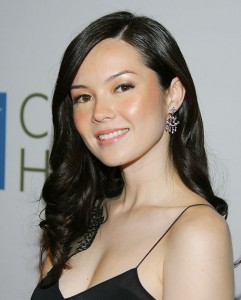 Digby said her new CD will have more than 7 seven tracks, including a Tagalog song.

â€œSuper, super excited. The album is going to be 8 songs for now. There will be a cover, a Filipino song,â€ Digby said.

The singer also revealed on Twitter that she already had a photo shoot for the album.

â€œjust came back from the album photoshoot!! Had the most wonderful day with lovely people. Feeling so grateful =) !!,â€ Digby tweeted on Thursday night.

The singer said her album is definitely a collection of â€œfeel goodâ€ songs and love songs.

Meanwhile, former â€œPinoy Big Brotherâ€ housemates James Reid and Bret Jackson are also gearing up for their first album together under Star Records.

The two said their album will cover different genres of music and will contain all original compositions. (MNS) â–

Why Markus Paterson was initially hesitant to do ‘Teen Clash’

Jennylyn Mercado talks about being comfortable in one own’s skin