Marjorie Barretto: I pay for my children’s tuition fee 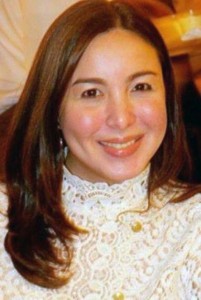 MANILA  (Mabuhay) — TELEVISION personality Marjorie Barretto clarified that Tony Boy Cojuanco, the long-time partner of her sister Gretchen, is not the one paying for the tuition fees of her children.

The Barretto sisters made headline again this week when Gretchen answered one of her bashers on image-sharing application Instagram. The said basher questions Gretchen’s relationship with Tony Boy and claims that Claudia, the daughter of Marjorie was sent to school by the businessman.

On her Instagram page, Marjorie also encountered her own basher.

Marjorie, who most of the time prefers to keep her silence on the matter, clarified that her children, especially Claudia, doesn’t attend school at the BSM in The Fort.

“Get your twisted facts straight. And I pay for my children’s tuition fee. I am not a social climber and I don’t get any money from Tony Boy. God bless you,” she replied.

The former councilor added that she cannot afford to put her children in the said international school, “I don’t understand why it should bother you so much where I put her. I solely pay for all my children’s tuition fees. And why should Tony Boy pay for it.”

Marjorie also defended herself and said, “I am not a social climber. The people that I am seen here on Instagram are my real friends. Who may all look very sosyal but are all very kind and hard working people. Don’t be so mad at me. I don’t know you. God bless you.”

The former actress added that she’s not afraid of all the threats of the said basher and the latter should be scared posting her photos as she’s being traced as they speak. (MNS)

Does Kris have a new suitor?