MANILA, Jan 24 (Mabuhay) — Mark Magsayo became the first world champion of the Philippines for 2022 after beating Gary Russell for the WBC featherweight championship on Sunday at the Borgata Hotel Casino in Atlantic City.

In his biggest victory so far, Magsayo, a native of Tagbilaran, flashed his brilliance for most part of the bout.

Russell, however, showed heart despite hurting his right shoulder and kept the fight too close that it ended up in a majority decision favoring Magsayo.

Magsayo began the match aggressive, quickly tagging Russell with power shots especially to the torso to get a head start three rounds in.

Russell appeared to have bounced back early into Round 4, but after landing a punch, he apparently injured his right shoulder.

Despite the injury and even the weight issues he had late into training camp, the 33-year-old Russell proved why he has been a champion in the 126-pound division for nearly seven years, eventually slowing Magsayo down midway through the bout.

But come the second half, Russell’s injury took a toll on him as Magsayo put on a clinic, forcing the former to just go on dodging mode with his right arm feeling the pain already.

Lynne Carter had it 114-114, but fellow judges Mark Consentino and Henry Grant both scored the bout 115-113 for the now 24-0 Magsayo, who was successful in only his first world title shot.

Russell, on the other hand, fell to 31-2, losing for the first time since also dropping a majority decision loss to Vasyl Lomachenko in 2014.

“We are one with the Filipino people in celebrating the victory of Mark “Magnifico” Magsayo when he dethroned Gary Russell Jr. to become the new WBC featherweight champion,” Cabinet Secretary Karlo Nograles, acting presidential spokesperson, said in a statement.

READ NEXT: Lotlot de Leon tells those who are also adopted: ‘Never be ashamed’ 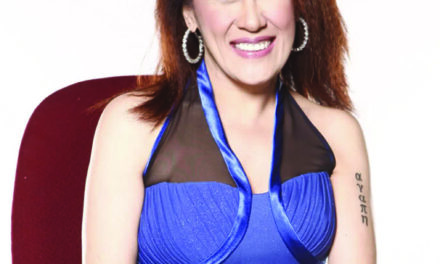 Maxene Magalona slowly getting back up again ‘after another fall’

Iza Calzado not living in with boyfriend