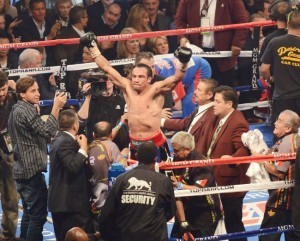 Marquez celebrates not knowing he lost the fight