Marquez to fight Bradley next, not Pacquiao: report 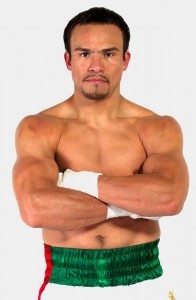 Promoter Bob Arum told the newspaper that Marquez would take on Bradley in Las Vegas on September 14 for the World Boxing Organization welterweight crown that Bradley took from Pacquiao by split decision last June.

The deal pushes back plans for a possible fifth fight between Pacquiao and Marquez, who knocked out the Asian star in the sixth round last December after suffering a draw and two narrow defeats in early fights against “Pac-Man.”

Arum said the major stumbling block to a fifth Marquez-Pacquiao matchup was Pacquiao insisting the fight be staged in Macau or Singapore, where he could avoid a 40 percent tax on his prize money.

“Marquez isn’t convinced Marquez-Pacquiao in Asia will result in the pay-per-view money being as strong,” Arum said.

Marquez, 55-6 with one draw and 40 knockouts, has not fought since beating Pacquiao. Bradley, 30-0 with 12 knockouts, comes off a unanimous but narrow title defense over Russia’s Ruslan Provodnikov last month.

Rios and Alvarado split their past two fights, staged against each other. Rios inflicted Alvarado’s first defeat with a seventh-round stoppage last October but Alvarado won a unanimous but narrow 12-round decision last month.

Unbeaten Floyd Mayweather had planned to fight in Las Vegas on September 14 depending on the outcome of his face-off next week with fellow American Robert Guerrero, with Mexico’s Saul “Canelo” Alvarez a possible opponent.

Arum said he might change dates if a Mayweather-Alvarez fight were booked against Marquez-Bradley on that weekend.