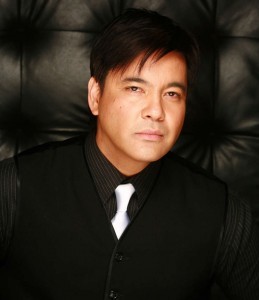 MANILA (Mabuhay) — Singer Martin Nievera is getting ready for his upcoming major concert next month not just with band rehearsals but also at the gym.

Nievera admitted that he had to lose weight for the concert which celebrates his 30 years in showbiz.

Nievera revealed that he had strenuous workouts with the help of actor-model Edward Mendez.

Asked if he also underwent liposuction, Nievera said: “Not yet. But I don’t know …never say never.”

Nievera will be having his anniversary concert dubbed “3D Tatlong Dekada” this September 13 at Araneta Coliseum.

Dubbed the Philippines’ “Concert King,” Nievera acknowledges the ever-changing landscape of the music industry — a reason, he said, for his constant “reinvention” as an artist.

“Every day, ‘yan ang iniisip ko — kung paano iri-reinvent ‘yung sarili ko, ‘yung songs ko, even myself! You have to reinvent yourself every day to stay in the race,” he said in a recent interview on “Bandila.”

Produced by Viva Concerts and Redstone Productions, the concert is directed by Rowell Santiago, with Louie Ocampo as musical director. (MNS)

Enrique Gil is not dating anyone