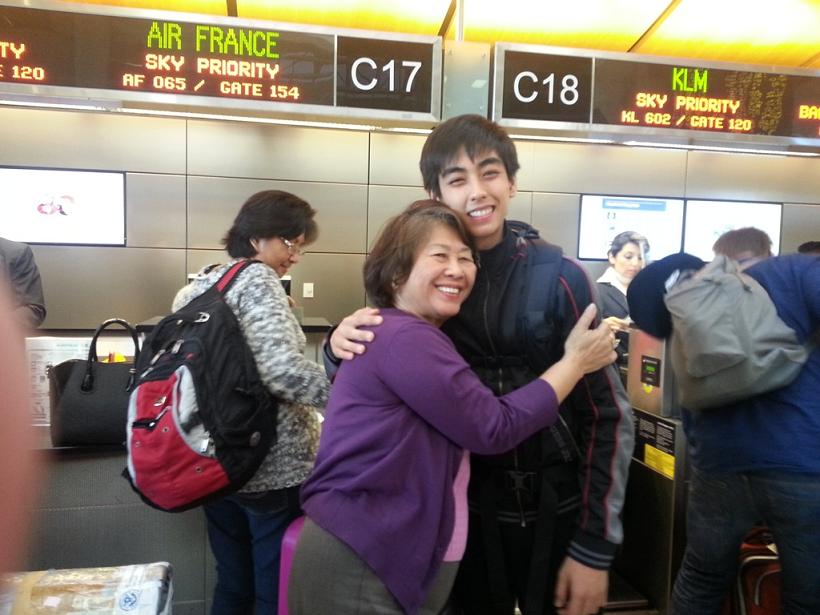 LOS ANGELES (Mabuhay) – Michael Christian Martinez, seeing action for the first time since the Sochi Olympiad, is back in competitive form.

The seventeen year-old figure skating phenom found himself atop the leaderboard after the short program in the ongoing ISU-sanctioned Triglav Trophy in Jesenice, Slovenia.

Vying in the men’s seniors division, Martinez, who missed the star-studded junior worlds earlier due to recurring knee injury was not at his best but still mustered enough spunk to stay in the medal hunt.  In second place is Japan’s Keiji Tanaka, who finished 7th in last month’s junior worlds. At close third is Philip Harris of Britain.

Barring any serious mistake in the freeskate, Martinez said that a medal finish here is very likely. The Triglav Trophy is the season-ending ISU-sanctioned figure skating competition. Should Martinez stay on course, this will mark the third gold for the Philippines in the world senior men’s figure skating. Michael had two golds tucked in his belt as a senior skater – the Crystal Skate and Skate Helena.

And although he said he is not yet 100 per cent healthy the boost that he gets from the Filipinos is a big factor. “I am not yet 100 percent healthy, but I am counting on the inspiration and solid support of my kababayans to get me through,” said the charming teener that Filipinos love to call “Prince of Ice” and “Lord of the Rinks.”

The other skater representing the Philippines in the junior ladies group – Samantha Cabiles – is lodged at 7th spot going to the freeskate. But unlike Martinez, who is a homegrown Filipino athlete, Cabiles is born and raised in Hawaii.

In an electronic communications with Teresa, Martinez’s, she said that the therapy and the much-needed rest helped his son a lot. “I pity my son so much because he works so hard to give glory to his country,” said Teresa.

And if you think the expected sponsorship and endorsement windfall that was to follow Martinez after that dazzling performance at the medal round of the Olympiad have made any headway, you have another think coming because nary a whimper has been heard about them.

So, why are the sponsorships and the endorsements did not pan out well? The Fil-Am media wanted to know. Before mother and son left Los Angeles for Slovenia Monday, Teresa dodged the question saying she will address the issue later.

(David Casuco writes sports and spirituality for Mabuhay News Service and examiner.com. He finished his journalism degree from the University of Santo Tomas and had extended theological studies from Angelus Bible Institute in Los Angeles).(MNS)